Today we relocated from Evansville IN to Indianapolis IN via Terre Haute IN. We woke to a mild but overcast morning and as the journey progressed we encountered a bit of moisture with the temperature steadily dropping. Right now it's a cool 11 degrees at 8pm - a tad different to what we've been getting used to.

I only had one scheduled stop, but was aware of potential places to call in to along the way. The bonus this time is that the highway sort of parallels the CSX rails so every now and then we could capture glimpses of something going on.

I decided to call into Princeton, just before a CSX manifest turned up, so that was good timing.

Now, the problem with getting a good video shot is that you don't get a chance to see the locos you're filming, unless you're not panning and can leave the camera alone. In this case I was too busy to realise that the second loco in this consist was an SD50-3 - an SD50 de-rated to SD40-2 rating - those of you in the know will understand the reasoning for this. The loco number is 8662 - gorgeous. This is what I love about CSX, they're still running 1970/80's locos (albeit with a little modification and a Dulux overhaul) in their mainline trains. Good stuff.


We waited long enough to ensure nothing else was coming and carried on north. No sooner had we departed Princeton we encountered a coal loading facility that had a public road right beside it. This belongs to Gibson County Coal and as luck would have it, the train had only just started to load up so the locos were right beside us, as well as the loading dock. Bonus. 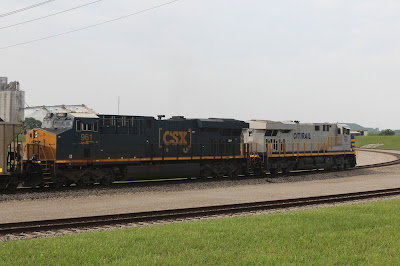 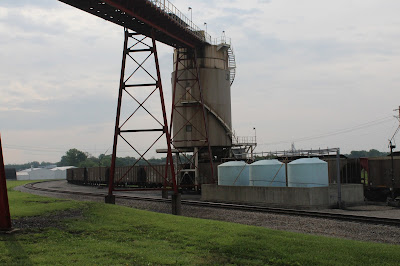 We carried on north and finally ended up at Terre Haute and called into the Wabash Valley Railroad Museum on Plum Street, which was closed, but that didn't matter as their car park is an awesome place to railfan - Union Pacific, BNSF and finally some CSX. Lloyd loves the BNSF so he was happy. 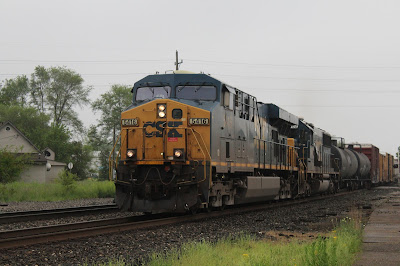 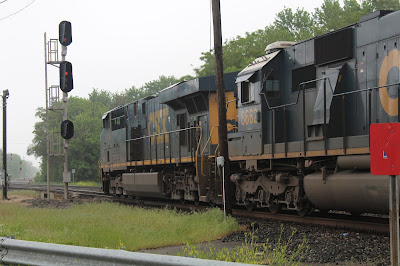 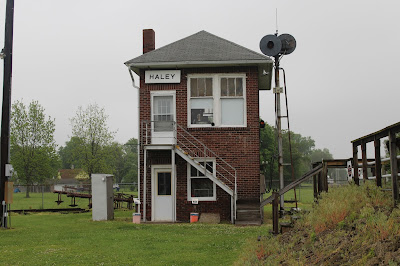 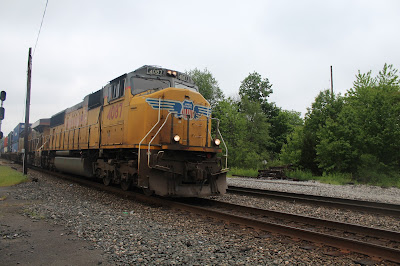 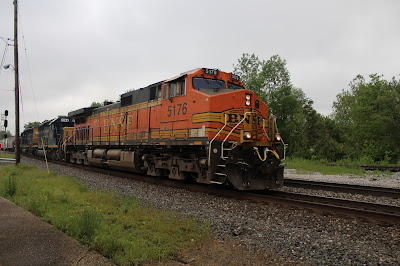 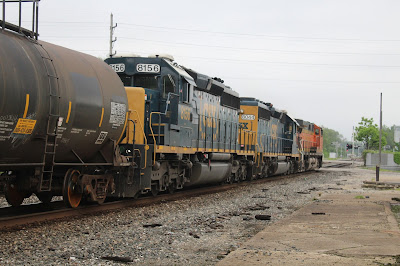 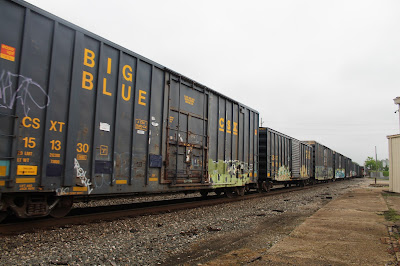 The weather was dodgy and after the initial burst of rail activity finally passed, continued on to Indianapolis in one mad final dash.

The Indy highways are a mess - the potholes and gaps in the concrete are huge, so to get around town, I switched the SATNAV to "Avoid Freeway' mode. It takes a little longer but beats being thrown through the roof of the car. Funnily enough, there was no-one riding a motorbike on  the highways...

We checked in and because we got here early, decided to check out a couple of hobby shops - smelly, understocked and disappointing in all retail aspects. Purchases will have to wait till another city.

This little jaunt took us past the Amtrak maintenance depot and in clear sight was "rotten row" - the track(s) reserved for rolling stock and locos that are beyond repair. To see one of their big GEs totally smashed up was a disconcerting sight. Couldn't get photos sorry.

We spend two nights here so hopefully the weather will improve for a bit of spotting tomorrow.