It's late, we're tired and we have a big drive tomorrow, so I'll keep this short and sweet.

Today we drove from Marion to Alliance Ohio via Bacyrus, Mansfield, Orrville and Canton (lunch stop) and saw no moving trains. None at all. It must have been a day off for the Norfolk Southern. 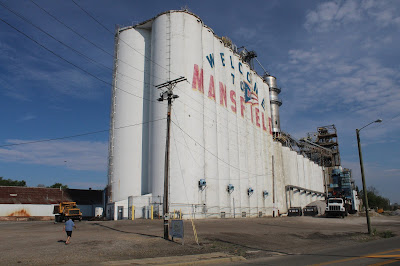 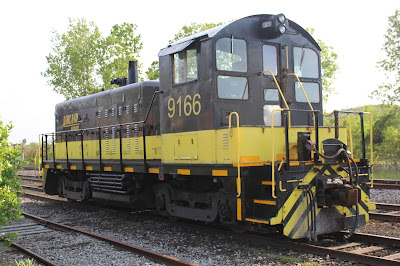 Upon arriving at Alliance, nothing happened for ages, then one train went through and then nothing continued to happen. By the time 2:30 pm came around the temperature was getting over the top and we had no shade to sit in - the locals thought it was "just lovely" - turned out it was 29 degrees, so we high tailed it to the hotel and slept off the afternoon heat and tried again.

We dined in at Pizza Hut - something you can no longer do in NZ - then went back to the Amtrak Station carpark where two NS lines cross over each other.

We sat and sat and sill nothing happened. Just as I was about to give up - two turned up at once and I was set up on the wrong line, so the video shot wasn't that great.

By now the sun was setting and the light was fading fast - you guessed it - trains came thick and fast, one after the other. I'm not sure but I think 5 or 6 passed through in about 40 minutes. The scanner proved very valuable as there was a hotbox detector east of town and this gave us about 7 minutes warning that a train was coming. As it turned out, most of the trains were heading west so we were well informed. We finally packed it in at 9:20 pm - very late for the both of us. The sun set directly under the bridge to our left and without blowing my own trumpet, obtained some of the best evening shots I've ever attempted.

The only pictures I got today were railroad related architecture and old stuff.

Tomorrow we head to the State of Pennsylvania.
Posted by Erin at 19:22