Today we relocated from Kansas City Missouri to St Louis Missouri, via one of the most stupid routes I've ever plugged into the SATNAV...here's what happened:

About a year ago when I was plotting this route, I decided that I wanted to take a quick look at a place called Florence MO which is on I70 between KC and St Lo.  I printed out the route and forgot about it. Today I plugged in the address for Florence and instead of taking us along I70, Sally the SATNAV took us south and then east along Hwy 50 towards Whiteman Air Force Base (509th Bomb Wing, B-2 Spirit Stealth Bombers etc.)

We eventually came across a 2 street town called Florence, which was nowhere near where I wanted to be - no tracks, but friendly people. I had no idea what was going on and I double checked everything - I should be miles away from this location. So I entered a new address in St Louis and suddenly we were heading north to I70 and then east towards St Louis - and then we came upon a town called New Florence - click !
Many years ago New Florence was called Florence, and it appears Google Maps wasn't quite correct when I did the original planning. It has since been rectified. The detour didn't suck too much fuel (and we saw a UP train parked on a loop) - speaking of which, I filled up a half full gas tank for US$20 today. The cost of fuel is the least of my worries.

Our first scheduled stop was at the Museum of Transportation in St Louis - for you railfans out there, today I sat behind the controls of a Union Pacific Big Boy. (OK, so it was a static display, but it was still pretty cool, and for those of you feeling inspired to make a crude joke about "Big Boys", don't), and photographed a gazillion classic locos - a Centennial DD40X, which has just been re-painted and looks sharp as, and countless steam, diesel and electric locos.
This place is just amazing and every item of rolling stock has an information card attached to it explaining what it is, when it was built, who used it etc. It would be easy to spend an entire day here.

Taking photos of black locos is difficult, so please forgive me for the poor quality of the images. 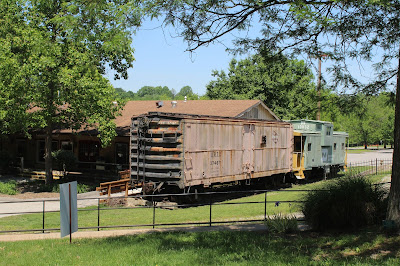 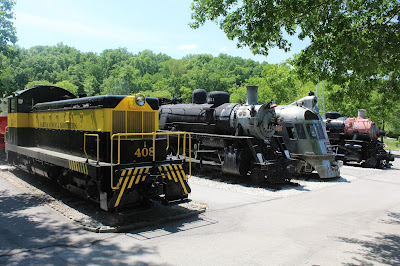 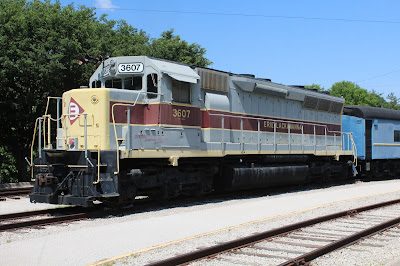 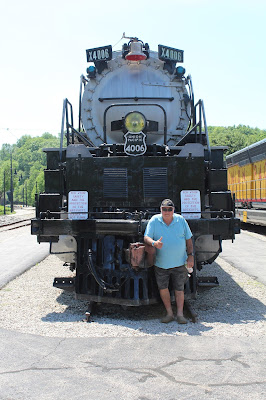 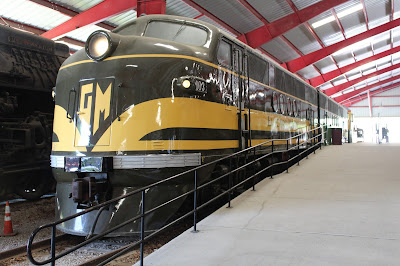 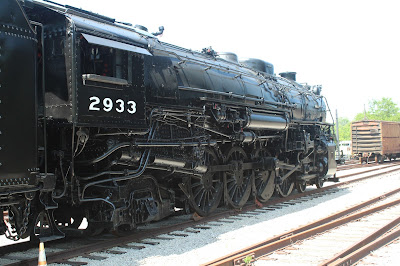 The heat was getting over the top - it hit 30 degrees C at around 3 pm-ish so on some good advice from the famous Tim Hosey from Railroad Video Productions, took a look at Kirkwood Station - very relaxing and safe atmosphere. Only saw one train which was an Amtrak westbound, but that was OK. It was too hot to stand out in the sun trackside waiting for nothing to happen. - which I did for about an hour. 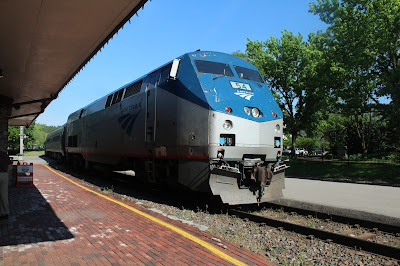 Next stop was the hotel followed by a very filling meal at Hooters - I know..... but you've got to do what you've got to do to find a decent slice of Key Lime Pie. The girls were caked in makeup and had overdosed on perfume. Couldn't wait to get out of there...

Tonight we're staying at the La Quinta Inn and it's a step up from Super 8, although they don't have a fridge in the rooms and the walls are a tad thin... Check in is much easier though.

Lots of roadkill armadillos
A turkey vulture (buzzard) eating road kill
Lots of golden eagles
A turtle crossing the road (it was the most bizarre sight)
A roadkill opossum - these look fierce even when they're dead.
A roadkill raccoon
A roadkill fox

Tomorrow I hope to swing by the Arch - Lloyd has no idea what I'm talking about - before we relocate to Evansville Indiana via Henderson Kentucky - there's a bridge there that needs to be seen...
On the way we also cross a small part of the State of Illinois.

Lloyd has developed this incredible talent of talking at the exact moment the SATNAV is telling me something very important - remarkably skilled man.  The SATNAV is a very old Garmin with a tiny screen - it's quite pathetic. I should have brought my own.