Today we drove from Indianapolis to Fort Wayne Indiana via Muncie.

The highways out of Indy were abysmal - full of pot holes and large cracks, but the weather was really good - not too hot.

We set up camp adjacent to the grade crossing on Elliot St in Muncie and after about 20 minutes heard the sound we were waiting for. Signal lights then changed from red to yellow to green and soon after a CSX intermodal passed through. 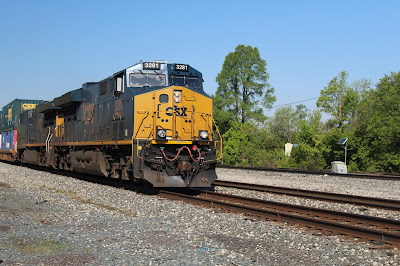 Lloyd got busy with the camera while I shot video. 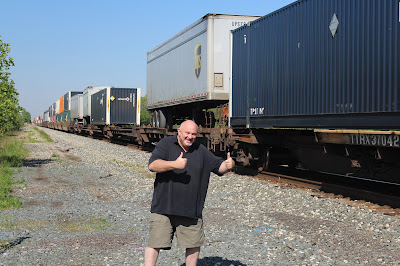 After that disappeared and just as we were congratulating ourselves on our good luck, that same sound came again and the lights turned yellow again. Just as the loco arrived the signals changed to green and a CSX autorack train went through - not too fast, just right. Perfect blue skies and long trains - the autorack was hauling 123 cars plus two boxcars. 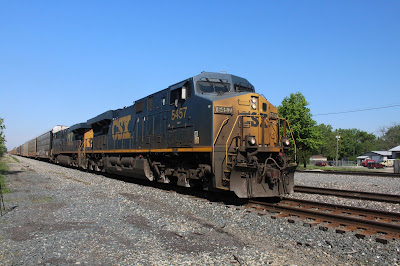 Once again the lights changed to yellow then green and another CSX autorack came through, and at the same time a CSX manifest went past in the opposite direction, but behind the autorack so was out of view. 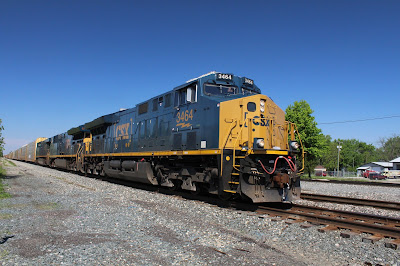 I was a bit disappointed that a Norfolk Southern didn't appear around the corner but we'd done well and it was lunch time, so we found another dodgy eatery, had lunch then relocated to another grade crossing - however this one wasn't in view of the NS tracks and guess what - three NS trains went through way off in the distance. Dang it.

It was time to move on, but first we called into Bluffton to check out the grade crossing that goes across the yard there. Nothing happening. Gangers working on the main probably didn't help. The drive there was a real breeze - Highway 1 is a smooth road that has hardly any traffic on it - about time. 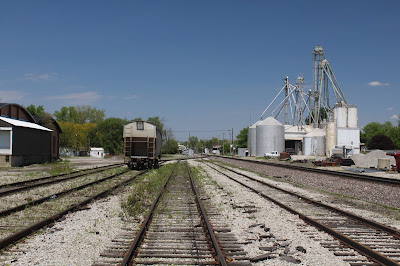 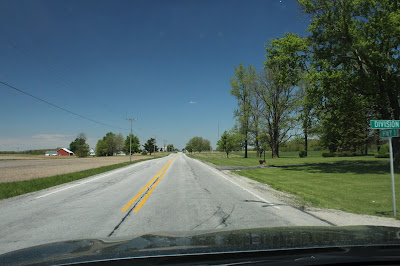 Next stop Fort Wayne. Checked in then went to East Wayne Yard to check out some Norfolk Southern action. It soon became obvious that a freight was due to depart eastward so we went to the old New Haven Depot and filmed an NS manifest. 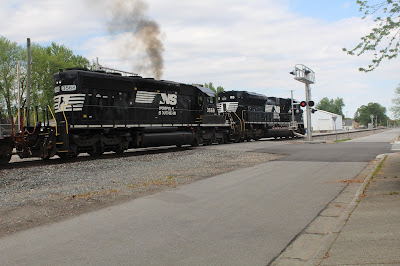 We then took a cruise along Nelson Road and took lots of photos of the various locos. 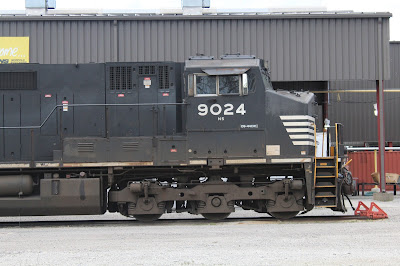 On Old Maumee Rd we sat for a while and watched the departure of a manifest that used the interchange track to change over to another railroad, and then sat there for ages watching a GP38-2 doing some kick switching - relocating back to Nelson Road we could see the railroad cars free wheeling along the tracks and banging into other stationary cars - cool stuff. Both Lloyd and myself congratulated ourselves on how much useless information we knew about what was going on. 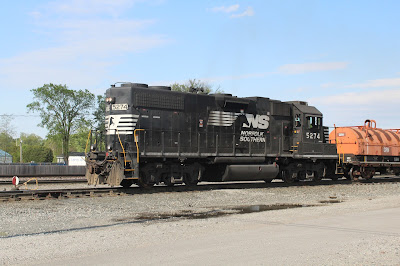 Tummies rumbled and I ignored the SATNAV directions and drove along Nelson Road to see a BNSF manifest hurtling through beside us - just managed to pull over and get a photo. 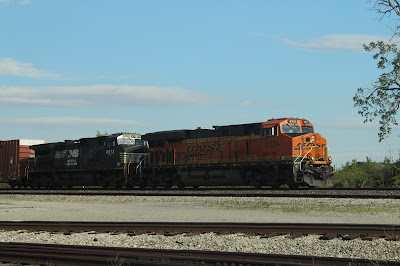 Lloyd was happy, especially after seeing this creepy house: 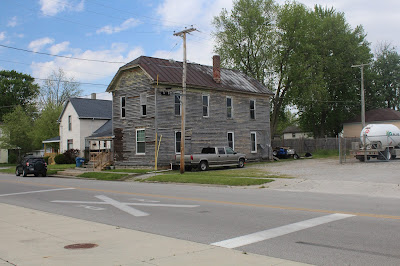 Dinner at Fazoli's (yum) and crawled into the hotel at 8 pm - tired but content.